Merry Christmas to you from my little family to yours! 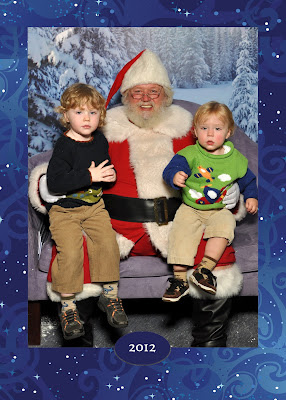 I'll be back soon to show you the pajama pants I made for the boys this year!

May you and your family enjoy all the many blessings of the season!
Posted by Melanie at 8:41 PM No comments:

Me and Larry David

There is this hilarious story that Larry David tells about quitting Saturday Night Live. He was frustrated that the skits he wrote weren't being produced, so one day he yelled "I quit" to the producers and walked out of the offices. He reconsidered over the weekend and taking a friend's advice, he went back to work on Monday like nothing ever happened. To his amazement, everyone else acted like nothing happened too.

So, that's what I'm going to do about my unplanned, prolonged blogging break. I'm just going to pretend I've been here the whole time the last six months (I can't believe it's been six months!). You don't want to hear my excuses anyway. Very boring...

I did however finish a project while I was gone...kind of. I finished the cross-stitch, isn't it cute? 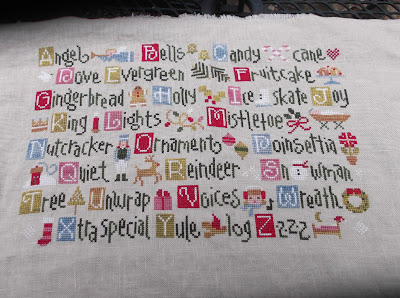 The problem is I took the advice of the shop owner who said the linen I was stitching on was a little short so I should start stitching two inches down from the top. This was not a good idea because I have no room at the top and lots of excess room at the bottom which makes it very hard to frame. I talked to a custom framer who said they could do it for $250. Yeah, I have two kids, a mortgage, and a fabric addiction. I will never spend $250 on a frame!! So long story short, I'm now turning this cutie into a pillow. Which is great except my finished project has suddenly become a WIP. Especially considering I have no idea how to go about doing this, but I'm sure I'll figure it out. Oh well, I wouldn't know what to do with myself if I completed a Christmas project by Halloween. That's just not my style! 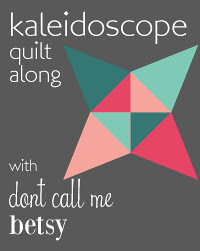